Out of short-term work and into part-time employment. After a year with Corona, being at home is a challenge of its own, especially since the home office was–and still is–in vogue. An introduction to new coworkers is more difficult under these circumstances than it is done together at an office, but it is quite possible. And with these colleagues, an online coffee break is still fun. Nevertheless, there is a difference. If you do not stay on the ball all the time (or stay focused on the e-mails, in this case) you run a much greater risk of missing something that otherwise would simply happen in the office. 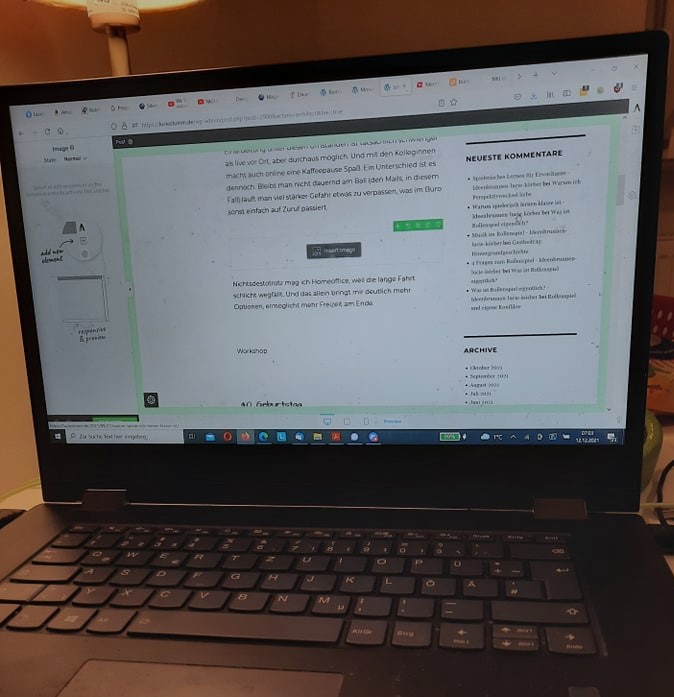 Nevertheless, I like working from home because there is no more lengthy commute. I sit at the computer during the day anyway, whether in the office or in the home office. But not having to commute gives me significantly more options, which allows me more free time at the end.

Another professional change this year came when answering Lena’s question as to whether I would like to work as a mentor in her MggB program in the future. The answer was clearly a yes! There are so many great women there and taking the step to officially support it was a relatively small one. There have always been one or two impulses to get involved there. Since the middle of this year, it just became official.

It’s a real pleasure to be part of this team. I have rarely experienced this kind of appreciation of the individual persons and their abilities.

Celebrating your 40th birthday in the middle of a pandemic is kind of uncool. Especially if the actual plan was to celebrate this birthday with acquaintances and friends and family. That would have been possible virtually, but it didn’t feel right.

This year, the celebration became a trip to a friend and a celebration with a small circle of friends via Zoom, all of them people who have helped me a lot in many ways this year. This is why the invitation extended to 3 countries and the conversation took place in English. Of course, how could it be otherwise? It was very much about role-playing, and I just know too many gamers. The “do you still know” conversations are a bit different for us gamers than for others: 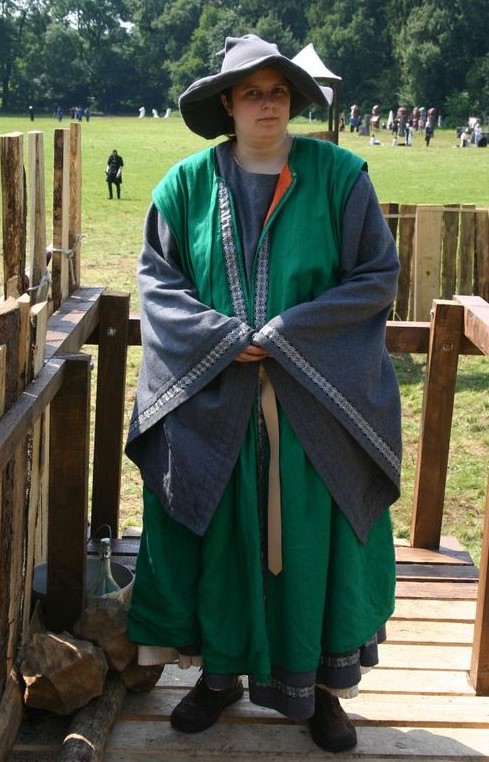 That was about 2004 at the Conquest of Mythodea near Hanover.

As relaxed as it is to simply turn off the computer at the end and fall into bed, I miss real contact now. There is rarely opportunity to see many of my friends and acquaintances “live.” But then the party in “real life” will just make up for it. I don’t think it will be as early as 2022, but who knows. Otherwise, it will be 2023… the postponement is not lifted.

One of my highlights in 2019, but which in 2020 could only take place virtually, was the weekend of the women from the group of Lena Busch’s program, Mama Goes and Grows Business. This is a bunch of power women with many ideas, who unfortunately live scattered all over Germany and beyond. Since Covid has again put a spanner in the works for us this year, the weekend took place virtually again. Nevertheless, there were small groups here and there who met in person and then took part in the weekend together. 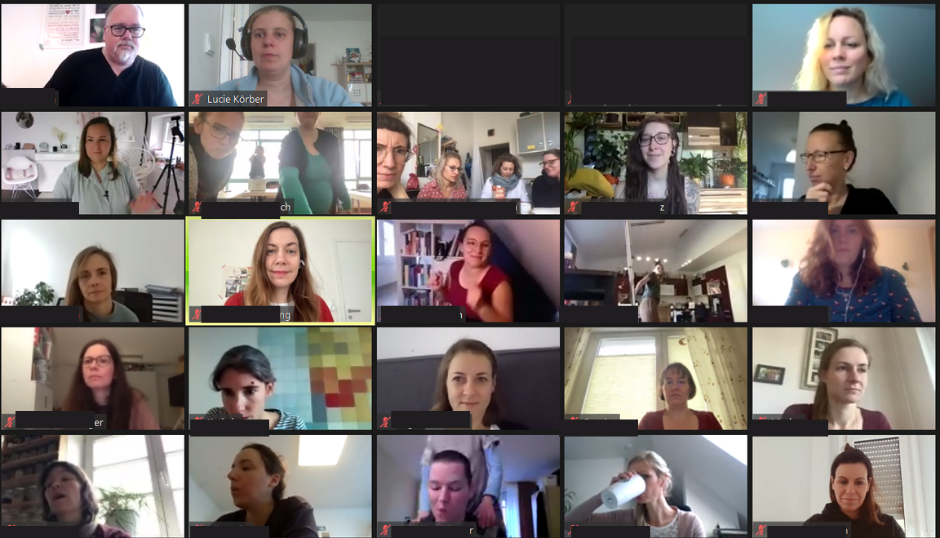 As always, there was a lot to learn, a lot to laugh about, and a lot to do. I got to do something very special: I held a workshop during this event, a role-playing game with 6 players and almost 45 spectators. I have to admit, I was a bit nervous. Would the group spark? Or would everyone get bored?

In fact, I had very little to do actively, because the players were so absorbed in their roles that only a little “director’s instruction” was required here and there. People laughed until they cried, some onstage, some not. We also noted in retrospect that many uncovered insights that were at the core of the workshop: their own desired customers.

You would two activities would actually be enough, but here in Augsburg there is a school initiative for a Free Democratic School. Since I have been interested in the topic of alternative forms of school for some time and I have contacts to the initiative in Munich, I am now also active with this, albeit in a minor way.

Word of the Day Calendar

Definitely one of the most exciting projects of this year was working with Judith @Sympatexter for her 365 Days Word of the Day tear-off calendar. Judith is known for her puns and invents new ones every day. A collection of these words was obvious. What began as an April Fool’s joke became a reality this year. And there was a lot to learn. I started almost from scratch when it came to such a project. The only thing that was clear at the beginning was that it would work.

It is not easy to find a suitable print shop if you are not yet in the industry. Then I also learned that the price of paper is not as constant as a normal customer would think. For me, the topic of layout was also exciting, as was the different requirements print shops sometimes have with regard to formats or programs to be used. In addition, there is no “standard” tear-off calendar. There are a few frequently used sizes, but of course no standard. That would be boring otherwise, wouldn’t it?

And my very own project: Workbook on role-playing in everyday life

It is now finally finished and available, the eBook with multiple choice stories about stress in everyday life and what a change of perspective can mean. Writing this thing was a little different. Everyone can tell “normal” stories, but one where the reader can make her own decisions and thus influence the course of the story? In order not to get bogged down, I printed out the whole thing and spread it out in individual parts on the floor to see where there are gaps or missing links. 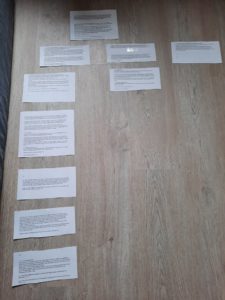 In the end, it turned out to be over 20 pages of pure history and I still have a lot more to do with this thing. The characters will be customizable and there will be one or two more strands of the story added. For this, there is already the Stress-O-Meter. After all, as a reader, I want to know how much the story stresses me out, depending on how I look at the situations. Right?