From time to time, questions arise that sometimes aren’t so easy to answer. Here are some I’ve collected that are either asked particularly often or are particularly interesting. A general introduction can be found in the article “What is role-playing actually“. 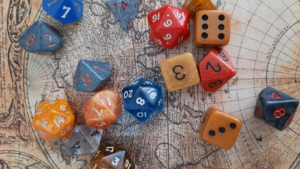 Can you fall too deeply into a role and not get out?

For some people, this is a genuine fear. In fact, I even heard this once from a psychologist. The question was whether it would not be difficult for me to concentrate on the real world again. The short answer was no.

In fact, if I really had a problem with that, I shouldn’t watch intense movies, play computer RPGs, or read good books. But I can dive deep, very deep into everything. And yes, it also happens that I continue to “dream” for a while afterwards, just as I can be in the film for a while after a visit to the cinema.

In fact, the topic is also discussed more often in role-playing forums.

What can I do to exit a game easily after playing?

In my experience, the easiest way to get out of the role I have been playing is to talk to someone afterwards about what happened during the game. This way, you step out of the game gently, at the meta level. This is similar to how you might discuss the best moves following a great evening of board games.

Alternatively, just step away from the game and allow yourself a cup of tea or coffee to “come down”. 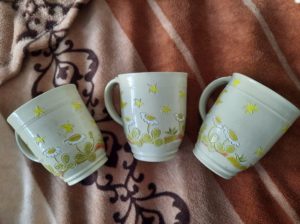 Are there things you should consider if, for example, you are not psychologically stable?

Basically, look for your game master and your group wisely. You should have similar values and it helps immensely if the game master has at least some awareness about the players and their states of mind.

Of course, you can lose yourself in a fantasy world. But this isn’t a problem of role play itself, but of the psyche of the person who plays. You could build up a parallel world that is better or more beautiful than the real one and then take refuge in it. I’ve only experienced this once so far, where I realized that the person was likely to hide inside a powerful character and its world. Basically, as always, this should be considered.

When to be careful? Always.

In addition, various things can happen in role-playing that could trigger a person with some negative previous experience. For me, every round includes a preliminary discussion, where it is made clear what the no-gos are for the individual persons. This does not have to be discussed in front of everyone. There are many ways to keep it between the player and game master. Honesty helps greatly. No one benefits by saying nothing and then ending up in a potentially triggering situation. In any case, one player’s no-go then applies to everyone.

There are a few ideas and areas, such as torture, which I generally exclude. Absolutely no one wins when such scenes are part of the game. In addition, as game master, I always have the option to say “stop” during a scene, for whatever reason.

It also helps as a game master to know his players and to be able to identify possible trigger points, which may have arisen through the private life of the player, before they go into those kinds of scenes.

Can playing the game also help me in my own life?

An interesting side effect is that, by experiencing it in role-playing, you find it easier to address your own issues. If I play a character who is somewhat similar to me and maybe carries around similar baggage, then if the character can find solutions for myself, it may also help me. Maybe I realize that quarrels and conflicts around me aren’t as bad as I always thought. Or maybe I realize that there are no right or wrong decisions in some situations, because in the game. the game continues.

What is the best feeling about playing these games?

For me, definitely all the scenes that are emotionally charged. Conflicts, for example. I’m actually a harmony bear, but in role-playing I think conflicts are great because I can let off steam and I don’t find the strange feeling in my stomach stressful. I like it when the character falls in love, when there are romantic scenes. Or even very sad ones, when a character played for many years dies. Or the scenes when one throws himself into the breach for another and puts himself in danger to save someone else. Goosebumps!

On top of that, most of these stories are also structured in such a way that you, or your own character leave traces in the game world, so you do have an influence. Usually, this is about the fight against an overpowering enemy in some form.

How diverse are the players?

The players come from everywhere. Many of the players would describe themselves as technology-savvy “nerds.” However, the largest group probably comes from schools and academic–not just students, but even faculty sit at the gaming tables. It might be surprising when a lawyer or judge joins a game, but they probably need just as much creative balance as everyone else.